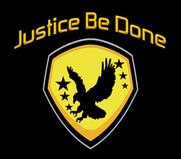 though the heavens may fall

Trafficking of human beings is big business. Human slavery now comprises the second largest criminal economy in the world.  It outpaces the growth of every other criminal economy on this planet.

Growth of the modern-day slave trade – particularly sexual slavery and child prostitution – is fueled by profit margins that exceed the margins in all other illicit industries.

Illegal drug and weapons dealers are hampered by the costs involved in purchasing more product for every sale they transact. But such is not the case in sexual slavery: a trafficker can kidnap a girl off her bicycle, lock her in a brothel, and re-sell that child ten to forty times per night with virtually no costs.  Reaping a near 100% profit margin on each transaction...until such time as his “product” – the child – dies.

In America, this end is not long in the making:  the typical life expectancy for a child forced into prostitution is a mere seven years. As children in the United States first enter forced sex work on average at only twelve years of age, the result is that many of these victims of serial child rape are either dead or dying by the time they can vote. In third world countries, where Justice Be Done also works, the scene is often far worse.